A Case Study on LogicLoop and Alloy 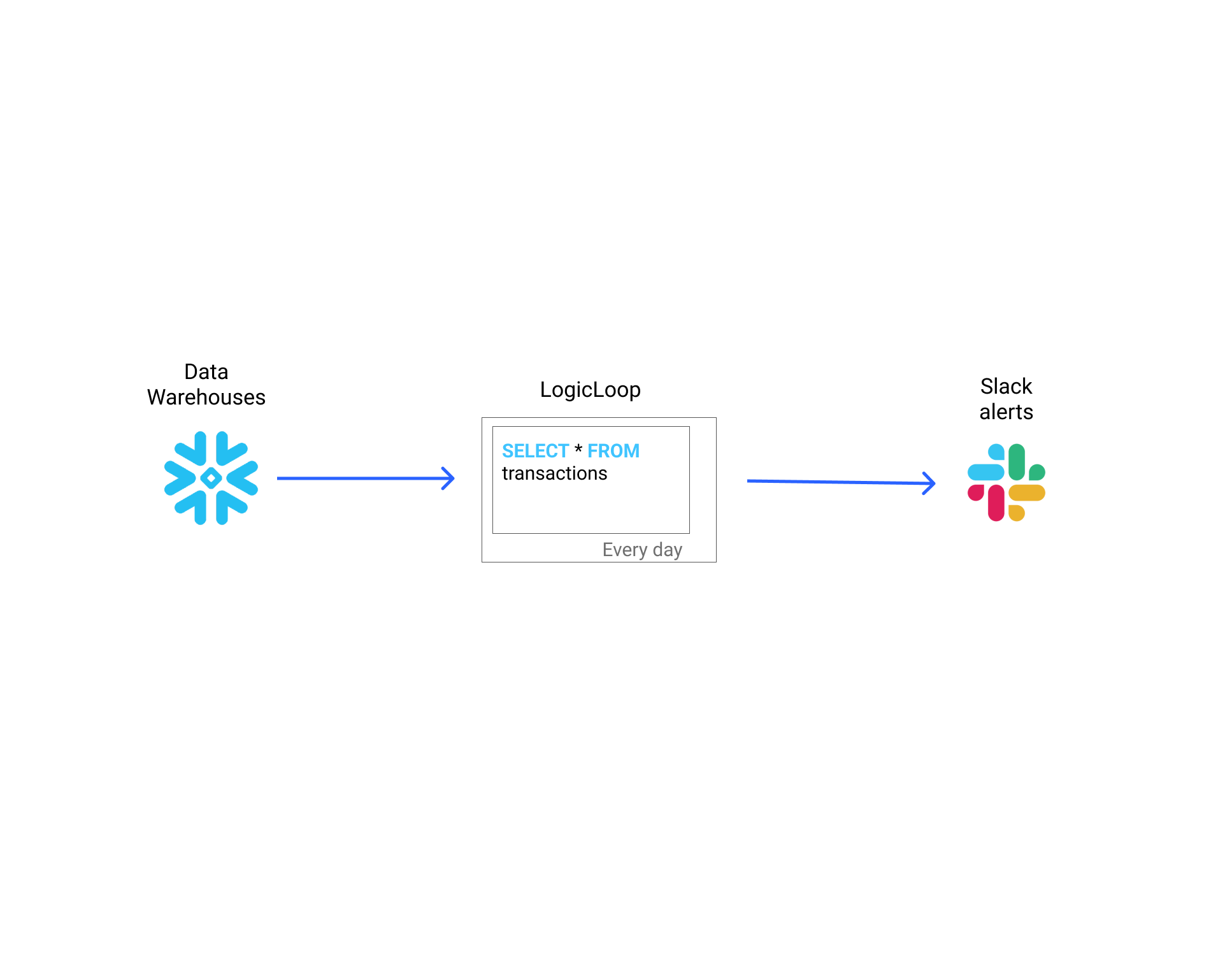 One of LogicLoop's customers is a prominent card issuer, aka they help developers create virtual and physical payment cards, and monitor their transactions. They raised a new round of funding recently, which fueled surging demand for their product. They surpassed $1 billion in annual processing volume and 4x growth on its API developer platform in just a few months post-launch.

The card issuer's compliance and fraud team was using an industry-leading rules engine vendor, Alloy, to manage onboarding and ongoing monitoring. However, as their business grew, they needed more:

Their Risk Operations Lead was in risk monitoring at Stripe earlier, where he used state-of-the-art internal tooling and would single-handedly thwart millions of dollars of potential fraud in a single quarter. As a fast-growing startup, the card issuer did not have the technical resources to build a good risk alerting system in-house. They had to be very careful to protect good users and stop bad users, especially around launching new products. Around one such product launch, fraudsters launched a huge attack when some of the risk team was taking a (much needed) vacation. He wasn’t able to alert the eng team to update fraud rules, causing unprecedented fraud losses in the several hundreds of thousands of dollars. They knew something had to change.

The card issuer was most interested in having a flexible system to:

Specifically, they continue to use Alloy integrations for some compliance and KYC workflows, but started using LogicLoop for user and transaction monitoring. Some example workflows:

See a list of fraud and risk monitoring templates here.

The card issuer found that LogicLoop was easy to integrate and onboard (in weeks not months), gave their analysts more control than any existing vendor without having to build themselves and very responsive.

Using LogicLoop, they were able to reduce review time by 75% and hence headcount, detect fraud within minutes that reduced losses per attack 5x and increase the pace of product delivery.